Hickman – a TV star in the making? 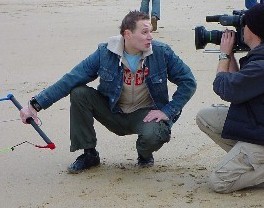 Last October James received a call from his agent asking him if we would be interested in doing a screen-test for a new show which the BBC were planning about extreme sports. The idea was that the new show which would go out once a week during the summer at peak time would feature a team of presenters participating in and “reviewing” various extreme activities. Needless to say James was keen and he made his way to the Extreme Sports Academy in Newquay, Cornwall along with several other potential “would be” presenters including Lee Sharpe (ex Manchester United), Jodi Kidd and Ewan Thomas (Olympic sprinter).

Over the weekend, James and the other “guinea pigs” got to try out some extreme sports for the first time and as if that wasn’t hard enough they had to do it in front of the camera while talking at the same time. The activities included mountain boarding, power kiteing and kite buggying and our man James was a real natural not just at the extreme sports but also in front of the camera.

Unfortunately, the BBC have decided not to go ahead with making this new series so we will have to wait a while longer before we see James regularly on our screens. Move over Clarkson here comes Hickman!! 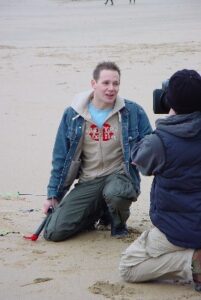 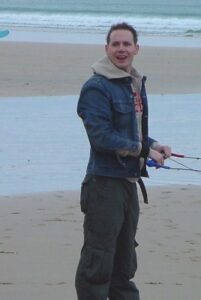