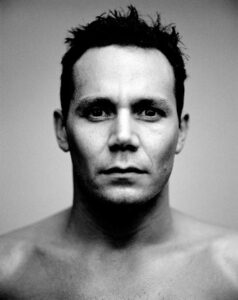 James has confirmed that he intends (subject to qualification for Team GB) to compete at the forthcoming World Championships (25m) in Indianapolis later this year. Hickman, who has won the 200m Butterfly event at each of the four previous World Short Course Championships in 1997, 1999, 2000 and 2002 is hoping to add a fifth consecutive title when the event comes to Conseco Fieldhouse, Indianapolis in October.

However, the 28 year old British swimmer who has formerly held World records at the 100m and 200m Butterfly short course distances knows that Indianapolis will be his toughest challenge yet as it is very likely that he will face American teenage sensation Michael Phelps the World Champion and World record holder at the 200m Butterfy event in the 50m Olympic pool.

“I’m really looking forward to competing in Indianapolis. This is going to be the biggest and best World Short Course Championships ever and I think that staging the event in the US will mean that the Short Course Championships will really start to be recognised as a major event in the international swimming calendar just like it’s 50m big brother !”, he told JamesHickman.com

“I’m hoping to make it five consecutive World titles at 200m Butterfly. I think that would set a record that will be tough to beat in years to come and be my little piece of swimming history. I know how hard it’s going to be this time and I am sure beating Michael (Phelps) in front of his home crowd will be very tough to do. Michael and I actually trained together in 2002 and I stayed with Michael and his mum at their home which was really cool. Although, I’m sure the feelings in Indianapolis will be less than friendly, at least in the pool that is !”, joked the British swimming ace.