James writes about the banning of the backstroke in Blackburn 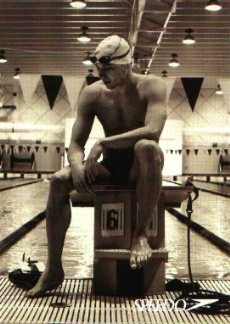 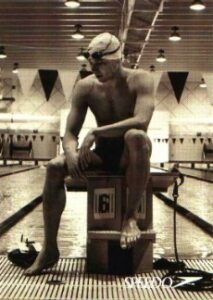 The worlds gone crazy, I can’t believe they have banned backstroke, all be it only at peak hours.

Daisyfield Swimming Pool in Blackburn is thought to be the first one in the country to introduce this and in my extensive travels to pools internationally I think it’s a world first! I know lots of people who prefer to swim backstroke because they don’t like to put their face in the water. I spend a lot of time at the pool, hours and hours every day and I can hardly remember seeing a collision of backstrokers. It’s all so that the council don’t come under legal action if swimmers do collide. Apparently the same pool banned water polo players from practicing because stray balls were a danger to the players. It’s bueraucracy gone mad. This has a lot to do with people being awarded silly amounts of compensation for accidents like this. It’s a sad state of affairs where commonsense doesn’t prevail. How far will this go? Will they ban running in parks at peak jogging hours? We should all stand up to these stupid rules and let common sense prevail.

Funnily enough it’s the backstrokes who may have the biggest troubles with the announcement that the Olympic swimming pool in Athens will no longer have any roof. A roof often helps give a swimmer their bearings as opposed to floating clouds. Swimming’s international governing body FINA has said “To FINA’s total surprise, it was now announced that the construction of the roof will not take place” and that this “does not respect any of the previous agreements. “Of course a roof is essential to protect from the sun and the high temperatures. All will have to endure this now, athletes, officials, media and specators. FINA’s also said “Moreover, it was an important requirement to assure the optimal conditions for the Olympic TV production.” As we all know TV really rules the world !

The Olympic fun and games have already started as well. First of all the Aussies came right out and said that having no roof will not effect them. The Yanks were hardly a breath behind saying that it wont be a problem for them either. Actually the Aussies mostly train out doors so they are probably aren’t bothered. Anyway we’ll see, come August watch out for the backstrokes who can’t swim in a straight line without a roof. That is of course as long as it’s not been banned !

The Olympic trials for the British swim team take place in Sheffield from the 7-11th of April and will be televised on Easter Sunday. Watch out for me !